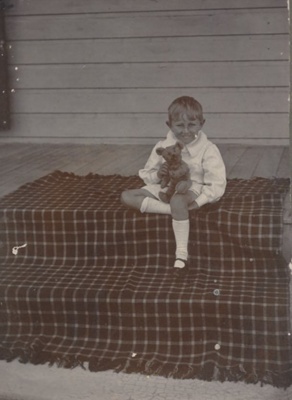 Louis Lester Wintle aged five in 1908, at the family home on the Tara.