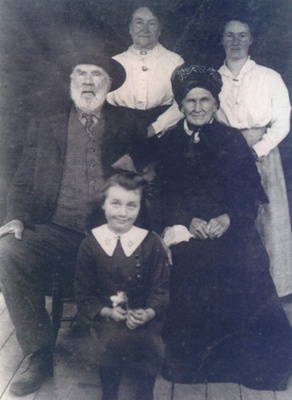 Angus and Margaret purchased their home 'Fairburn' in the Kaiwaka District
and it became the Stewart Family home for several descendants.
'Fairburn' had belonged to Francis Holmes Hume, who was a Justice of the Peace and member of Parliament.
It was the site of the first store in the Kaiwaka distirct and was situated on Dunn Road, now called Baldrock Road.