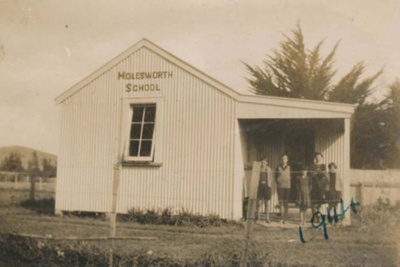 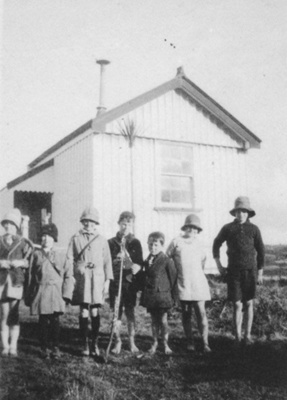 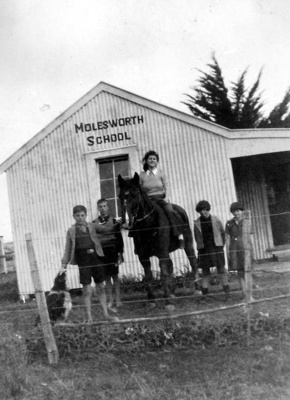 The original Molesworth School began in the home of Alfred John Wharfe, known as John, and Dora Wharfe nee Crutcher, on the Wharfe Farm, Mangawai in 1920. He then built a school with one room for his own and neighbouring children on the farm in 1922. The school closed in June 1930 and pupils moved to a new building on Bagnall Family property on King Road. The school was still called 'Molesworth School' and closed in 1944.

Miss Sybil Watson was the teacher in 1944. She remembers a time of dancing and social events due to the American soldiers camp that was stationed in North Auckland. The soldiers would deliver fire wood.

A: The tall boy standing in school veranda is Jack King