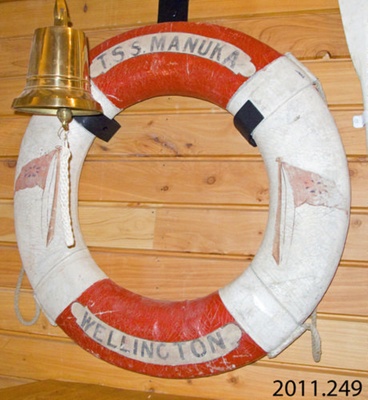 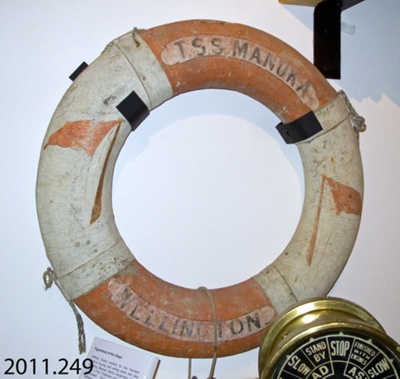 Lifebuoys; a pair of ring-shaped lifebuoys from the S.S. Manuka. The rings are painted red and white and feature the logo of the Union Steamship Co, and the words: "T.S.S. Manuka, Wellington".