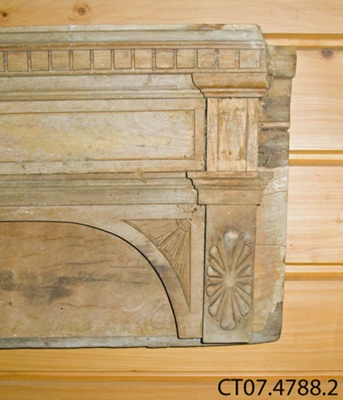 Architectural panel; a long section of wooden panelling from the S.S. Manuka, possibly the mantelpiece from the music room. The panel features decorative carving.