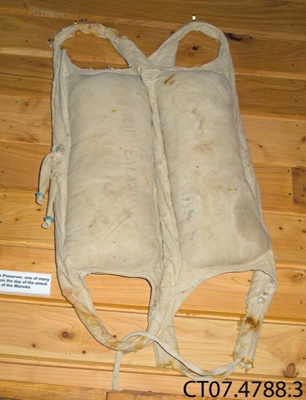 Life jacket; a white, life preserver, one of many used on the day of the wreck of the S.S. Manuka.