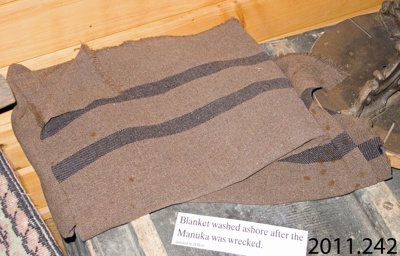 Blanket; a grey, woollen blanket with black stripes at the edge. This washed ashore after the S.S. Manuka was wrecked.