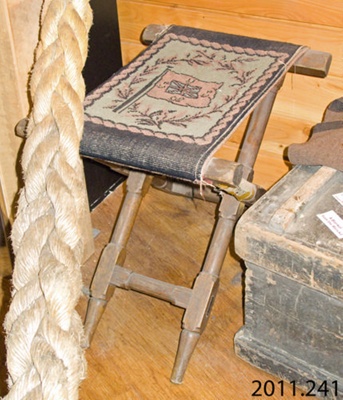 Stool; a folding stool, recovered from the wreck of the S.S. Manuka, 1929. The stool consists of turned, wooden legs with a rectangular, tapestry seat suspended between them. The seat is embroidered with the logo of the Union Steamship Co.