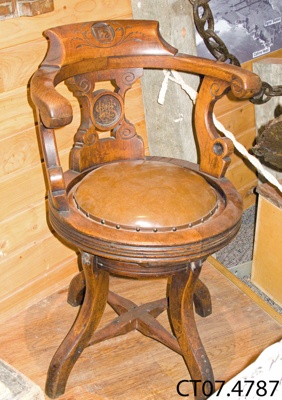 Saloon chair; a saloon chair from the S.S. Manuka. Constructed of varnished wood, the chair has four carved legs and a round seat with brown, leather cushion. The back is rounded and carved with the number '52' and the cypher of the Union Steamship Co, New Zealand.