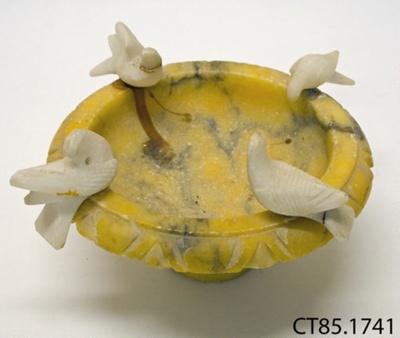 Finger bowl; a marble finger bowl, made to resemble a bird bath, with four small birds perched around the edge. This is thought to have been used on the S.S. Manuka.