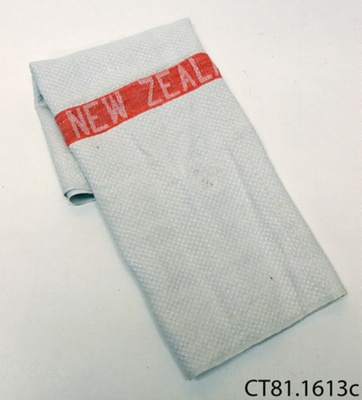 Tea towel; a white towel, with a central red stripe embroidered: "Union Steamship Company of New Zealand Ltd". This is thought to have washed up on the beach after the wreck of the S.S. Manuka.