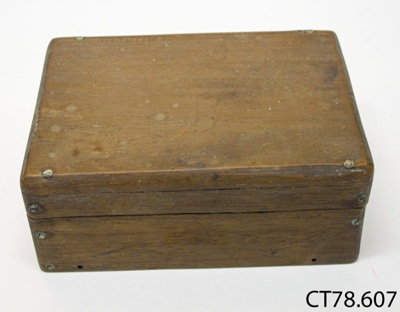 Box; a rectangular, wooden box with removable lid. Made out of wood from the S.S. Manuka, by W Light, a former teacher at Houipapa.