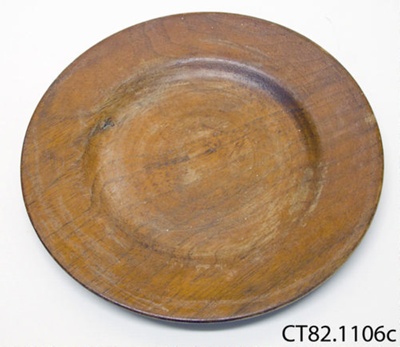 Plate; a turned, wooden plate. This was made out of wood from the S.S. Manuka.