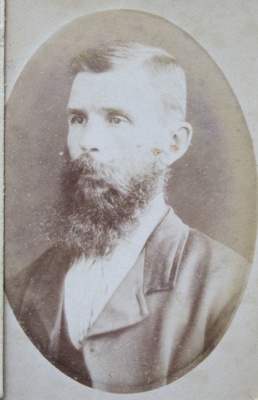 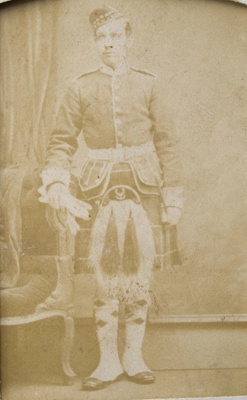 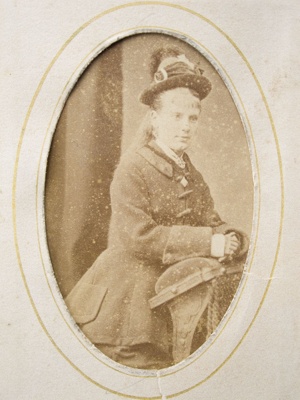 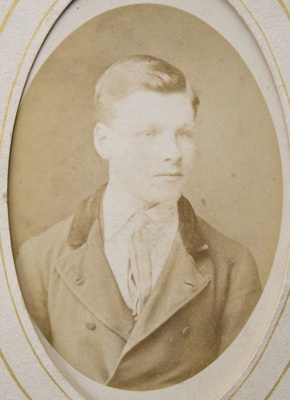 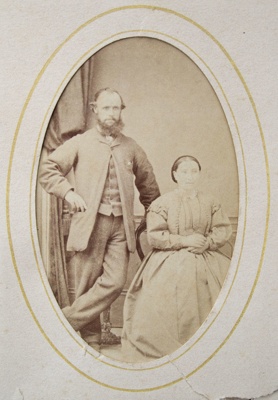 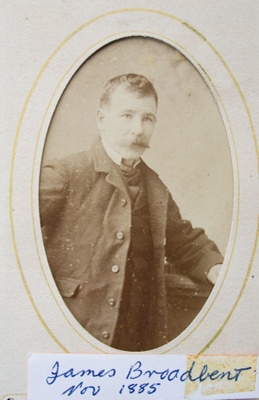 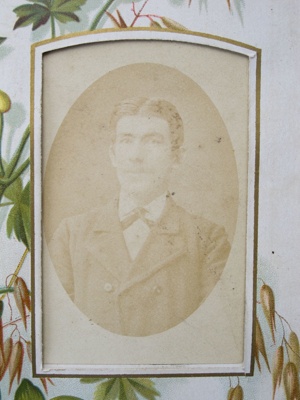 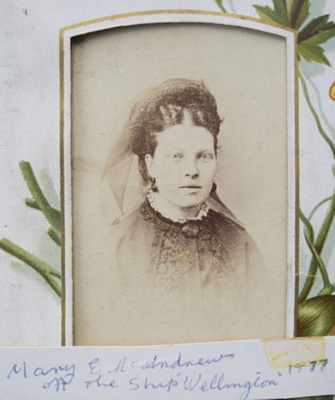 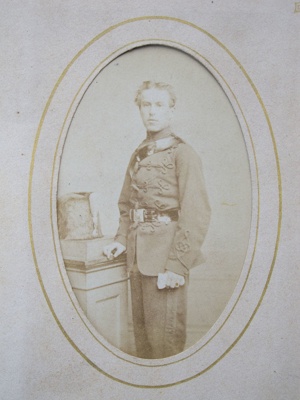 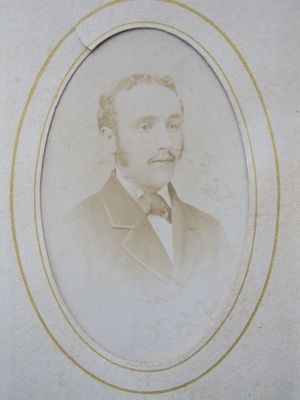 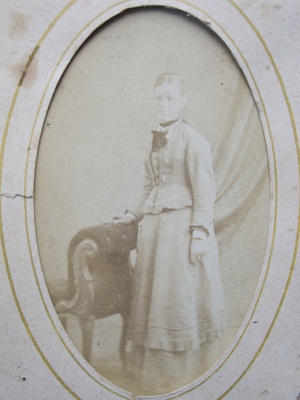 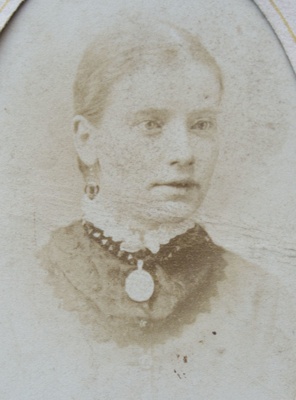 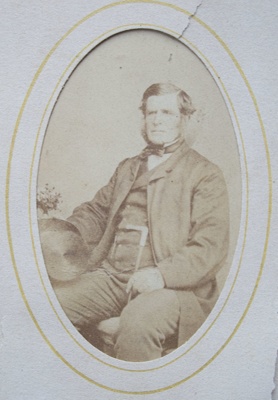 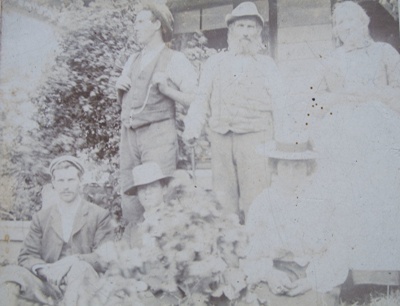 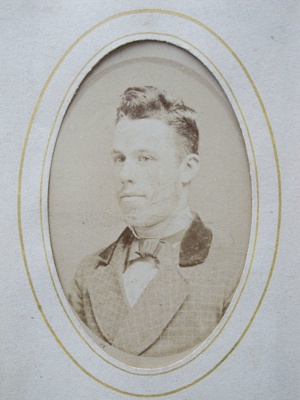 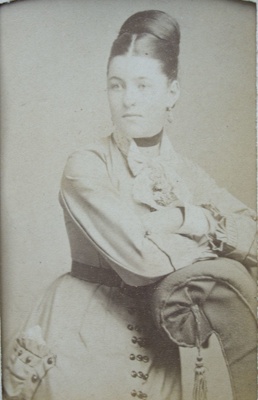 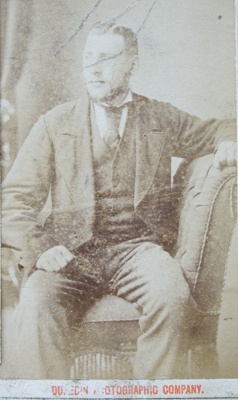 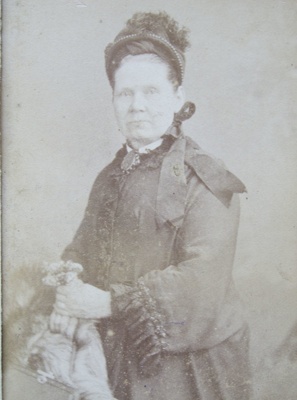 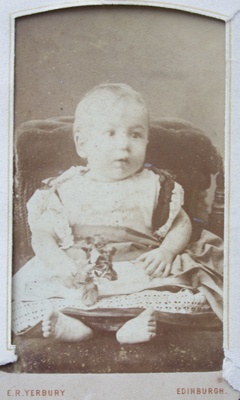 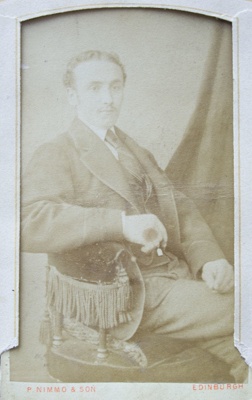 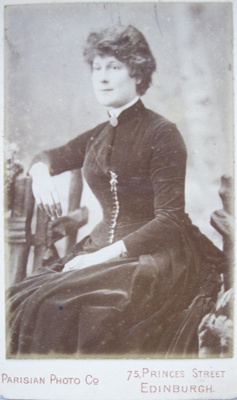 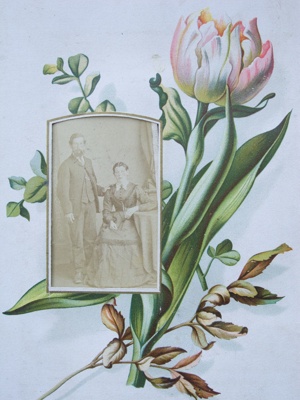 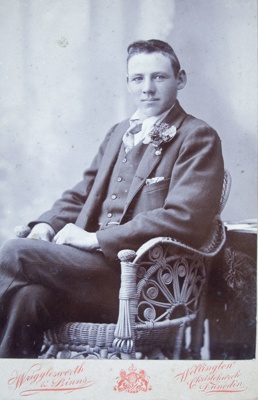 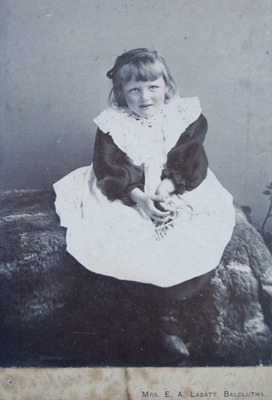 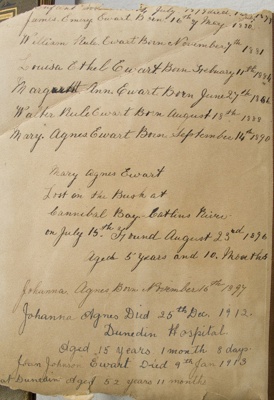 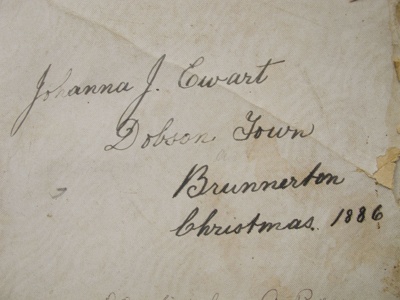 Johanna (Joan) Rule, a domestic servant, was only 16 years old when she travelled alone as an assisted immigrant on the 'Wellington' from Glasgow to New Zealand in 1877. She married James Emery Ewart in Dunedin in 1879 and they settled in Cannibal Bay, The Catlins. They had seven children.

Johanna's album was found in an old shed at Cannibal Bay.

Although the cover and many of the photographs are missing from the album, a page with family birth dates and deaths, [written by Johanna's hand?], can still be read.

Two poignant entries record the deaths of two of Johanna and James' daughters.

Mary, known as Agnes, aged 5 years and 10 months, became lost in the bush when she tried to follow her brothers and sisters who had gone to gather pebbles. It was a cold July in 1896 and extensive searching failed to find her. Her body was found for six weeks later.

Joanna Agnes, born in 1897, died in Dunedin hospital on Christmas Day, 1912. She was 15 years old and had been badly burnt six months earlier when her nightgown caught fire while she was up in the middle of the night reading by the fire.

The last entry on the page is for Johanna who died two weeks later in January 1913 aged 52 years and 11 months.

Only some of the photographs in the album are named.

Thanks to family research by Kris Owen, we are able to build a picture of Johanna and her life.

manners and customs, customs relative to public and social life