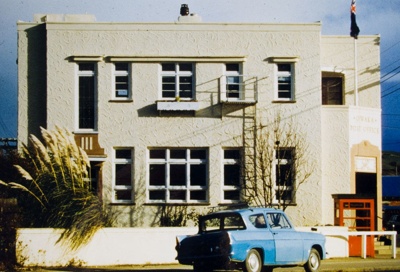 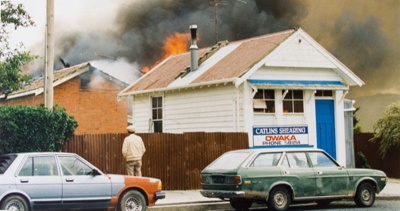 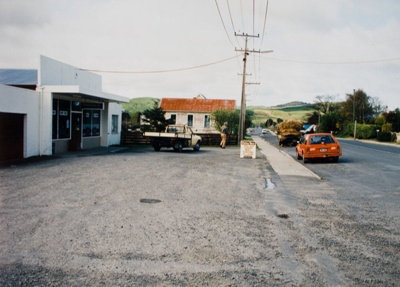 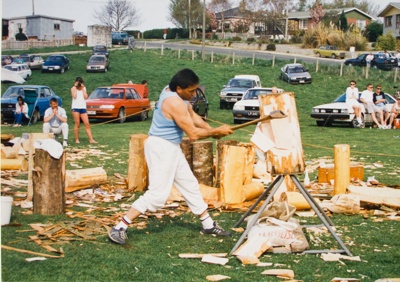 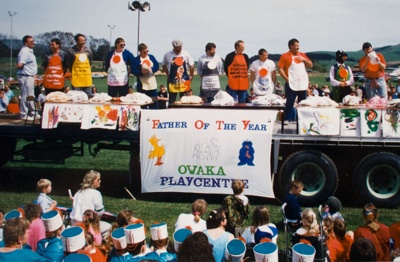 Photograph Album [Owaka in the 1990s]

'The idea for this album was born when Mrs Rose Hewson approached the Owaka Camera Club to photograph and record a day in the life of Owaka. [The project] grew, the club commenced photographing the parade in 1990 which celebrated one hundred years of governing in New Zealand.

It was then realised Owaka had had many hard set-backs before 1990, the loss of its railway, post office, hospital, butter factory, forestry, and small farm holdings becoming uneconomic which in turn affected the business area.

However all was not doom and gloom. In the middle of the 1990s tourism became apparent and increased dramatically towards the end of the century and accommodation sprang up everywhere. This album shows Owaka adjusting to a new phase of life in the 1990s and the record is to show in the future, the changes that will have taken place...' [Foreward by Les Rodgers].