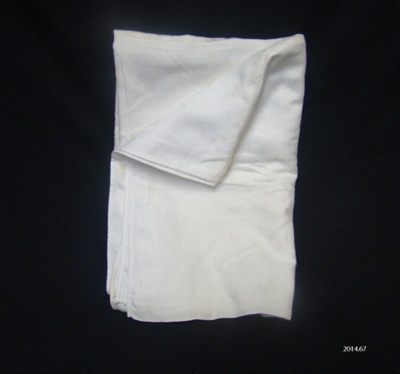 Tablecloth ; a white damask tablecloth with a fleur de lys pattern. This is thought to have washed up on the beach after the wreck of the S.S. Manuka. The pattern indicated that this is only part of the original.