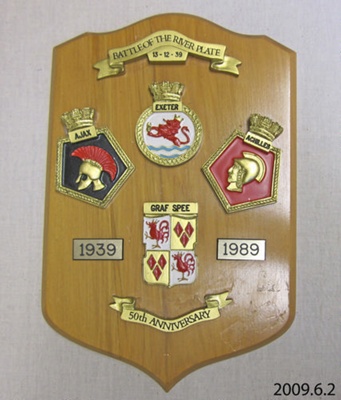 Commemorative plaque; a wooden shield-shaped plaque, made in commemoration of the 50th anniversary of the Battle of the River Plate, 13.12.1939. The plaque is adorned with three dimensional emblems representing the HMNZS Ajax, Exeter and Achilles and the German ship Graf Spee.

Battle of the River Plate