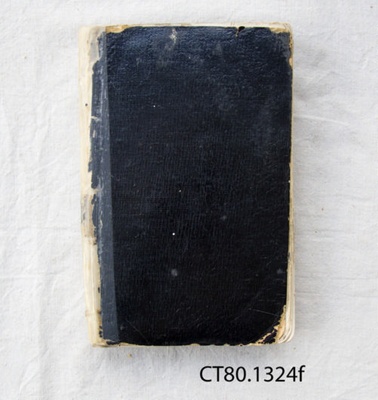 A book recording the opening remarks of the chairman of the Readings Committee, Jas. A Rix, at readings, lectures and entertainment held in the Puerua School and Hall, and the Romahapa Hall 1885-1890.

A Readings Committee was formed in 1885 for the purpose of bringing people together 'for entertainment and amusement' during the winter months. Initially held in the Puerua School, with proceeds to go to the cemetery trustees for the improvement of the local burial ground.

Mr Clapcott's lecture on Life Insurance. Harvest Home entertainment. Concert in aid of funds of Benevolent Institution. Concert at the opening of the new hall at Romahapa, December 28, 1886. Lecture by Mr William Waddell on "What Shall we do with our Boys". Entertainment in aid of Barnardo's Homes.

Also included in the book are records of accounts in relation to building a new house at Rothesay, Cray's house at Ravensbourne, and other records of loans, mortgages, rents, insurances and bank deposits, c1892-1919.